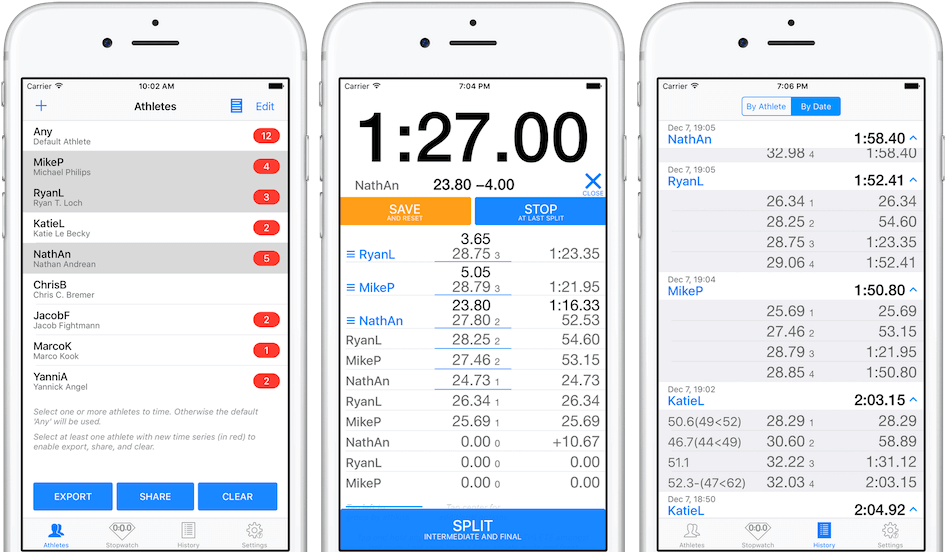 The following app has been approved and the app status has changed to Ready for Sale:

[German here] This is how Apple kindly alerts you as an app innovator about the public launch of a new version of an app such as the Herotime smart stopwatch. This is certainly not the first time I see this email message. However, it is probably the most exciting one so far. Why?

From stopwatch prototype to product

I launched the Herotime multi stopwatch quite a while back as a prototype app. The purpose of this prototype: A proof of concept for a pending patent application as well as an application already usable by sports coaches, parents and anyone else with a need for a, so far, old-school handheld stopwatch. Needless to say that version 1.0 of the stopwatch app wasn’t perfect yet, as the surprising number of early users kindly pointed out to me (amongst a lot of positive feedback!). This newly-launched version 2.0 will change this, I am sure.

There is much work ahead both to further polish some remaining edges in usability and get closer to the grand vision of a fully connected stopwatch and cloud platform for manually obtained precision times. Amongst the immediate work: A better communication, who Herotime is best for and what Herotime is best at. In particular, I want to make it more clear that Herotime is meant as a better replacement for one or several traditional, handheld stopwatch. Both, and in particular, for professional timekeepers, but also for the occasional sports stopwatch user. The occasional sports stopwatch user today is buying a cheap handheld stopwatch that is still much more expensive than the Herotime smart stopwatch, yet offer nothing of the functionality of a modern, connected device. The effect: User time wasted and valuable timing data from top athletes lost.

In the communication, I also want to make it more clear that Herotime is not meant to fully automate the parallel time collection of dozens of athletes running, swimming or rowing their monthly test series at varying start times and speeds as part of a large team. This is a scenario some coaches have presented to me. And it is a scenario that the Herotime app will do better in than any traditional stopwatch. But even with Herotime you will still need some paper or computer notes in this case. Fully supporting this application will require a dedicated app I believe, one that I might supply at some point in time. So far, however, the ‘multi’ in multi stopwatch with respect to Herotime really means ‘several’. Smart Several Stopwatch just has an odd ring to it, don’t you think? 😉 Herotime fully replaces the several stopwatches you might have hanging around your neck so far. And more.

So, let me get back at this communication right away. You’ll certainly hear more from me about this, if you like, in the upcoming weeks and months. In the meantime, if you have ideas how to spread the news about the best stopwatch replacement app out there, please let me know! I appreciate any help. And as usually, do add any other feedback, too. I am listening!

The following app has been approved and the app status has changed to Ready for Sale: